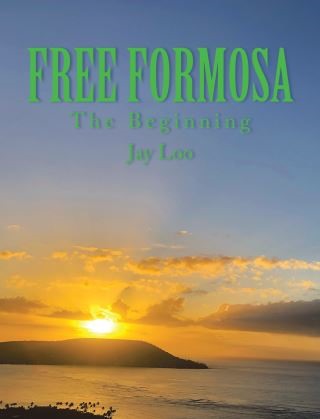 Is a war between the US and China on the horizon? Can a Sino-American conflict lead to massive nuclear exchanges? Can China launch a surprise nuclear Pearl Harbor against the US homeland? There are no definitive answers, but the author’s insights (part VI, “Unpublished Essays”) provide indispensable information for pondering these grave questions. This book documents the early history of the Taiwanese American community in the United States, beginning in the 1950s. On January 1, 1956, the first Taiwan independence organization—Formosans’ Free Formosa (3F)—was launched in Philadelphia (see part I). Two years later, 3F was reorganized as United Formosans for Independence (UFI). Parts II and III document little-known activities of 3F and UFI. Formosan Clubs, the forerunner of present day Taiwanese American Associations, were born in Chicago and New York City, in the mid-1950s. Part IV introduces the key contributors to the Clubs’ birth. Sample pages of the newsletters are reproduced to show a glimpse of life in the early days. Pacific Times was a nationwide Chinese language newspaper, published in Los Angeles for the Taiwanese American community. The author wrote short English editorials for the paper from 1999 to 2008. Sample pieces are reprinted in Part V. Part VI covers 19 unpublished essays from 1999 to 2009. The topics include US-Taiwan-China relations and US national security. Part VII reprints author’s letters to the editor of US newspapers and academic journals from 1958 to 2009. Some letters dealt with noteworthy events, such as China’s enactment of the Anti-secession Law. Most issues discussed in this tome remain unresolved and are still relevant today.

Jay Loo: Jay Loo was born in Tainan City, Taiwan. He came to the US for college at age 19 and became an American citizen in 1969. While pursuing a career in actuarial consulting, Jay devoted much of his life to the cause of Taiwan’s democratization and independence. Jay has written extensively regarding the myriad dangers to US homeland security posed by the rise of a chauvinistic China. Jay Loo won a BA summa cum laude in politics (University of Minnesota) and a Master of Public Affairs from Princeton University. Jay is a Fellow of the Society of Actuaries and a Distinguished Fellow of the International Assessment and Strategy Center. Jay has published in prestigious journals including Foreign Affairs, The New Republic, and UK’s Defence Review. He is the author of America’s Security and Taiwan’s Freedom under his pen name Li Thian-hok (Xlibris, 2010) and Free Formosa: A Memoir (iUniverse, 2019). Jay and wife Helen live in Lansdale, Pennsylvania.