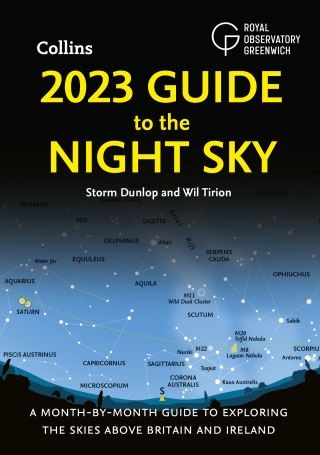 2023 Guide to the Night Sky: A month-by-month guide to exploring the skies above Britain and Ireland

The ideal gift for all amateur and seasoned astronomers.

“an ideal Christmas stocking-filler” The Observatory

From the UK’s Number One Astronomy publisher, this is the bestselling stargazing handbook to the planets, stars and constellations visible from the northern hemisphere. With 6 pages for each month covering January–December 2023.

This practical guidebook is an easy introduction to astronomy and a useful reference for seasoned stargazers.

Designed for Britain and Ireland but usable anywhere in the world between 40°N and 60°N, covering most of Europe, southern Canada and the northern United States.