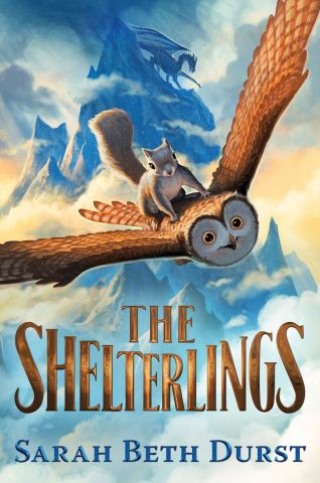 A group of magical misfit animals learns to appreciate their seemingly useless powers—and themselves—when they work together to thwart a villain’s attempt to steal their magic.

Holly, a grey squirrel, and her animal friends have accepted that they will never be wizards’ familiars. Though they are each magical, their powers are so offbeat—Holly herself can conjure pastries (and only pastries)—that no professional magic-worker would choose any of them as a companion for noble quests. So instead of going on adventures, they languish at the Shelter for Rejected Familiars, where they are known as “shelterlings.”

When an old friend appears with a plan for curing the shelterlings’ defective magic, everyone is on board to help him locate and retrieve the ingredients for a powerful spell. But when they learn that his offer is not what it seems, Holly and the shelterlings must fight to defend their magic, discovering in the process that their unorthodox skills may just be what is needed to save the day.

Sarah Beth Durst: Sarah Beth Durst is the author of fantasy novels for children, teens, and adults. Winner of the Mythopoeic Award and an ALA Alex Award and thrice nominated for the Andre Norton Award for YA Science Fiction and Fantasy, she lives in New York. www.sarahbethdurst.com, Twitter: @sarahbethdurst.