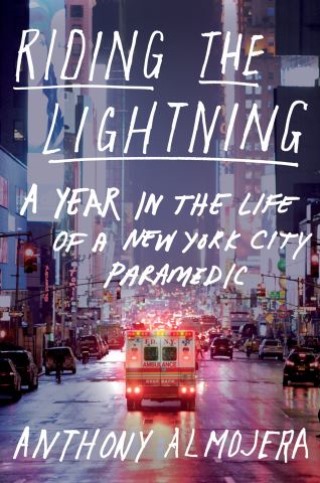 A Year in the Life of a New York City Paramedic

“An intense look at the high-stakes world of a NYC paramedic in the months before and after COVID-19 altered our landscape.”—Damon Tweedy, MD, author of Black Man in a White Coat: A Doctor's Reflections on Race and Medicine

The education of a New York City paramedic, whose tales of tragedy and transcendence over a single year culminate in the greatest challenge the city’s emergency medical system has ever faced: COVID-19.

As a seasoned paramedic and union leader, Anthony Almojera thought he could handle anything his job threw at him. Like many medical first responders, he came from a troubled background and carried the traumas of the city as well as its triumphs. He had grown up in the rough-and-tumble Park Slope of the 1980s, been homeless for a time, and had watched murder, addiction, and hopelessness consume those closest to him. But he had dedicated his life to helping people in need, and while every day was filled with tragedy—stabbings, shootings, accidents, suicides—it also brought moments of uplift: births, resuscitations, and rescues that reminded Anthony and his coworkers why EMS was the most thrilling job on earth, even if the pay was lousy and the hours were long.

So when a strange new virus began spreading in New York, Anthony and his fellow medics were ready. They had done the biohazard drills; they knew the procedures, and how to handle the sick and the bereaved. They believed that their lives and training had prepared them for this new challenge. But the months ahead would prove them wrong, and would push New York’s EMS workers, and Anthony himself, to the breaking point—and beyond.

Following one paramedic into hell and back, Riding the Lightning tells the story of New York City’s darkest days through the eyes of its frontline medical workers and the community they serve: ordinary people who will continue to make New York an extraordinary place long after it has been reborn from the ashes of the COVID-19 pandemic.

ANTHONY ALMOJERA is an FDNY EMS lieutenant and vice president of AFSCME DC37 Local 3621, the New York City Fire Department’s EMS officers’ union. He has been profiled on the front page of the Washington Post and featured by CNN, Al Jazeera, USA Today, NPR, the BBC, and numerous other media outlets. Born in Brooklyn, he is a practicing Buddhist and works a third job as an on-site paramedic at the Aqueduct Racetrack in Queens. He lives in Brooklyn.