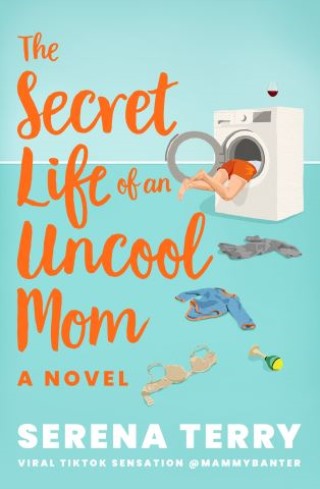 The Secret Life of an Uncool Mom

From the creator of viral Tiktok sensation, Mammy Banter, comes a hilarious warts-and-all novel about modern motherhood – and how having it all sometimes isn’t what you think it might be.

She used to want it all.
Now she just wants a nap.

Tara Gallagher is knackered. She used to dream of being Beyoncé but suddenly she’s thirty-six – with three kids, a loving husband, a very boring job – and instead of headlining Coachella, she’s in her pyjamas on a Friday night, watching cheesy TV.

But most of all, she’s going to prove to herself that she can still be a mom, still work full time, and still be Beyoncé…

Serena’s down-to-earth, ‘tell it like it is’ realness has resonated with fans around the world. She has well over 1.6 million followers across TikTok, Instagram and Facebook, with more than 20 million views across all platforms.

She lives in Derry with her husband and two kids.