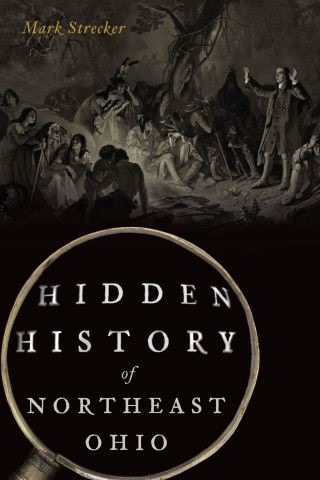 Northeast Ohio is awash with nearly forgotten historical events. In 1780, American scout Captain Samuel Brady leaped across the Cuyahoga River where Kent now stands to evade a party of Native Americans aiming to take his scalp. During the Civil War, Confederates tried to free their compatriots from the Johnson's Island prisoner of war camp by capturing two ferries and attempting to poison the crew of the Union's only gunboat in Lake Erie. The town of Kirtland was briefly the national headquarters of the Mormons and the location of one of the Church of Latter-day Saints' most revered temples. Mark Strecker has unearthed a hidden gem of local history for each of Northeast Ohio's twenty-two counties.

Mark Strecker: Mark Strecker graduated from Bowling Green State University with a Bachelor of Arts degree in history in 1994 and a Master of Science in Library Science (MSLS) degree from Clarion University in 2008. Like many writers, he has held a variety of occupations, including selling appliances, running a toy department in a retail store and working as a graphic artist/art director at an advertising agency. A native of Ohio, he has traveled extensively throughout the state. One of his hobbies is visiting museums and historical sites, about which he writes travel logs posted on his website (markstrecker.com), where one can also find some of his regular history articles. This is his fourth book. He is currently working on his next one.