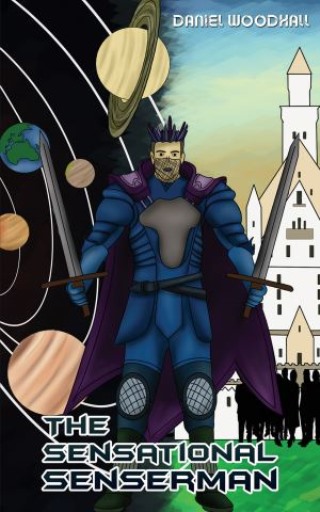 The Sensational Senserman is a short novel about a royal house of human-like alienated species called Tyradias who discovered a planet with black crystallized metal with a gem inside a gem. This gem gave a person, Stefan Tyradian, omnipotence which he used for good, creating a brilliant kingdom and protecting the people from the enemies of Ckoria. Life was peaceful till the king’s wife Anabella died and then things went wrong. The king became depressed and lonely and died, but not without a twist. He will be born again in another body one day bearing the infinite sense mark; he will be better than ever. But will he exceed his past life’s expectations or will his inner demons get the better of him?

Daniel Woodhall: Daniel Woodhall is a nineteen-year-old author and lives in Birmingham, West Midlands. He is a new author with exploding ideas in creative writing and uses imagination to expand onto paper to create the best piece of work. Furthermore, he writes poetry with extreme detail to give the readers all they want and to enlighten them and make them feel good about reading.