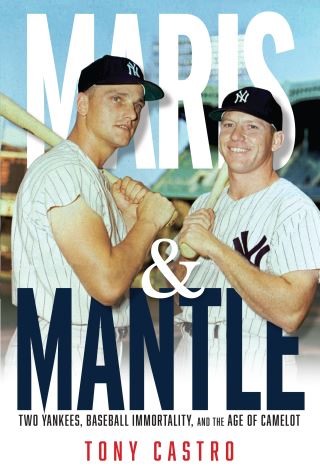 Two Yankees, Baseball Immortality, and the Age of Camelot

Mickey Mantle and Roger Maris are forever intertwined in baseball history thanks to the unforgettable 1961 season, when the two Yankee icons spurred each other to new heights in pursuit of Babe Ruth's home run record. History has largely overlooked the bond between the two men not as titans of their sport, but as people. Guided by Tony Castro, bestselling author and foremost chronicler of Mantle, readers will journey into history, from the Yankees' blockbuster trade for Maris, whose acquisition re-ignited Mantle's career after a horrendous 1959 season, to the heroics of 1961 and far beyond. This dual biography is a thoroughly researched, emotionally gripping portrait that brings Yankees lore alive.

Tony Castro:
Tony Castro is a distinguished Harvard and Baylor University-educated historian and the author of several critically acclaimed books. Recent works include Mantle: The Best There Ever Was and Gehrig and the Babe: The Friendship and the Feud.