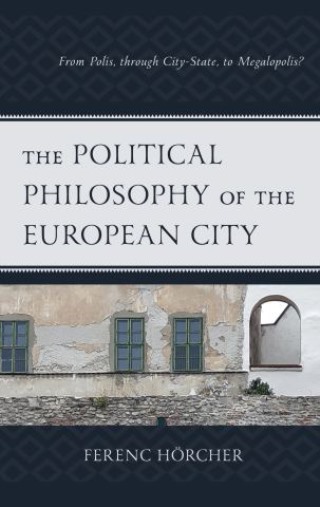 The Political Philosophy of the European City

From Polis, through City-State, to Megalopolis?

The Political Philosophy of the European City is a courageous and wide-ranging panorama of the political life and thought of the European city. Its novel hypothesis is that modern Western political thought, since the time of Hobbes and Locke, underestimated the political significance and value of the community of urban citizens, called ‘civitas’, united by local customs, or even a formal or informal urban constitution at a certain location, which had a recognizable countenance, with natural and man-made, architectural marks, called ‘urbs’. Recalling the golden age of the European city in ancient Greece and Rome, and offering a detailed description of its turbulent life in the Renaissance Italian city-states, it makes a case for the city not only as a hotbed of modern democracy, but also as a remedy for some of the distortions of political life in the alienated contemporary, centralized, Weberian bureaucratic state. Overcoming the north-south divide, or the core and periphery partition, the book’s material is particularly rich in Central European case studies. All in all, it is an enjoyable read which offers sound arguments to revisit the offer of the small and middle-sized European town, in search of a more sustainable future for Europe.

Ferenc Hörcher is research professor and head of the Research Institute of Politics of the University of Public Service in Budapest.