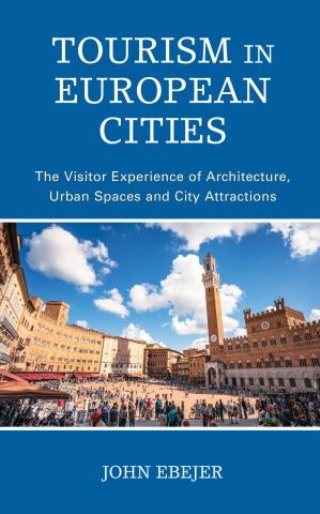 The Visitor Experience of Architecture, Urban Spaces and City Attractions

Tourism in European Cities explores the relationship between tourist activity and the architecture and built environment within which it takes place. This is the first book to consider urban tourism with a particular focus on European cities.

Tourism in European Cities considers the tourist experience and the various elements that shape it. In many cities, the historic core plays a crucial role in tourism either as the location of the more important attractions, or as an attraction in its own right. The book dedicates a chapter to urban heritage and its relationship to tourism, including urban conservation and UNESCO World Heritage Sites. Another chapter considers contemporary architecture and debates some cities’ efforts to use iconic architecture, in particular, to enhance their attractiveness in the context of increased competition between cities. In the context of competition, many cities are resorting to events as a strategy to reposition and differentiate themselves from other cities. Major events are accompanied by major investment in event venues and in urban infrastructure. The city often serves as a backdrop to the urban festival as activities and performances are staged in the city’s urban spaces.

This book is essential reading for students of tourism and urban geography. It is also of interest to students of urban planning and architecture, and anyone keen to learn more about tourism and European cities.

John Ebejer: John Ebejer is Senior Lecturer in the Institute for Tourism, Travel and Culture at the University of Malta.