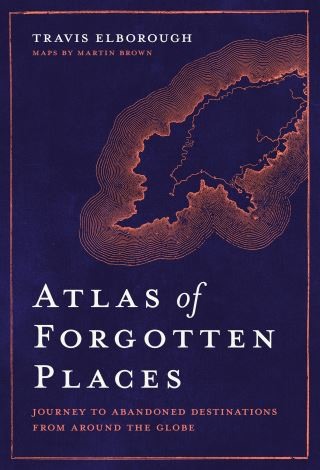 Journey to Abandoned Destinations from Around the Globe

Explore the places that time forgot. Abandoned, mysterious, sleeping monuments around the world have been relegated to the margins of history, pushed off the map and out of sight.

From ancient ruins and crumbling castles to more recent relics – an art deco New York subway station, a Soviet ghost town in the Arctic Circle, a flooded Thai mall teeming with aquatic life – Travis Elborough takes you on a journey into these strange, overlooked and disappearing worlds and immortalises their fates.

Original maps and stunning colour photography accompany Travis Elborough’s moving historic and geographic accounts of each site. The featured locations are a stark reminder of what was, and the accounts in this investigative book help to bring their stories back to life, telling us what happened, when and why, and to whom.

The book features 40 sites, including:

Travis Elborough: Described as 'one of the country's finest pop culture historians', Travis Elborough is an acclaimed author and social commentator who lives in London. His work delves into the ephemera of retro culture as well as the history of London, geography, and a broad range of other subjects. His Atlas of Vanishing Places won the Illustrated Book of the Year at the Edward Stanford Travel Writing Awards in 2020, and he has also written The Bus We Loved, a passionate love letter to the Routemaster bus which defined London transport for more than 50 years. His other works include A Traveller's Year, A London Year, The Long-Player Goodbye, Being A Writer and A Walk in the Park: The Life and Times of a People's Institution. Travis is a regular contributor to Radio 4 and the Guardian, and has penned articles on all aspects of travel and culture, from pirates in the Caribbean to donkeys at the British seaside. He has written for the Times, Sunday Times, New Statesman, BBC History Magazine and Kinfolk among others, and is a visiting lecturer at the University of Westminster, where he teaches creative writing.