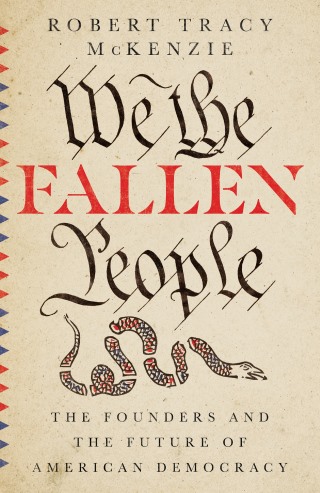 We the Fallen People

The Founders and the Future of American Democracy

The success and survival of American democracy have never been guaranteed. Political polarization, presidential eccentricities, the trustworthiness of government, and the prejudices of the voting majority have waxed and waned ever since the time of the Founders, and there are no fail-safe solutions to secure the benefits of a democratic future. What we must do, argues the historian Robert Tracy McKenzie, is take an unflinching look at the very nature of democracy—its strengths and weaknesses, what it can promise, and where it overreaches. And this means we must take an unflinching look at ourselves. We the Fallen People presents a close look at the ideas of human nature to be found in the history of American democratic thought, from the nation's Founders through the Jacksonian Era and Alexis de Tocqueville. McKenzie, following C. S. Lewis, claims there are only two reasons to believe in majority rule: because we have confidence in human nature—or because we don't. The Founders subscribed to the biblical principle that humans are fallen and their virtue is always doubtful, and they wrote the US Constitution to frame a republic intended to handle our weaknesses. But by the presidency of Andrew Jackson, contrary ideas about humanity's inherent goodness were already taking deep root among Americans, bearing fruit in such perils as we now face for the future of democracy. Focusing on the careful reasoning of the Founders, the seismic shifts of the Jacksonian Era, and the often misunderstood but still piercing analysis of Tocqueville's Democracy in America, McKenzie guides us in a conversation with the past that can help us see the present—and ourselves—with new insight.