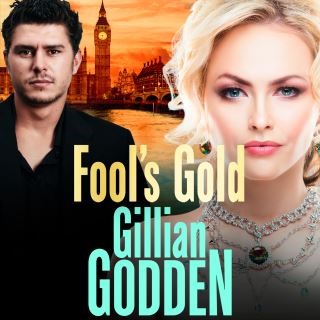 With their wretched life in Liverpool behind them, Julie and Ralph Gold head to London for their next big break. Julie’s had enough of slumming it, she's ready to quit their life of crime and go legit.

But it seems their reputation has beaten them to it, and the underworld is already bubbling with news of the their arrival. And as much as Julie tries to go straight, the more people underestimate them and treat them like fools. And there is only so much Julie can take…

So when they are offered one final big job, Julie knows they should say no. It’s risky and could cost them everything they have. But it could also be their last chance to make it big.

And when fools rush in, the Golds take the spoils.

Read what happens next for Julie and Ralph Gold in another gripping story by Gillian Godden.

Gillian Godden is a brilliantly reviewed writer of gangland fiction as well as a full-time
NHS Key Worker in Hull. She lived in London for over thirty years, where she
sets her thrillers, and during this time worked in various stripper pubs and venues
which have inspired her stories. She has signed a six-book contract with Boldwood
for a new series. In addition, Boldwood will be reissuing her five backlist titles.