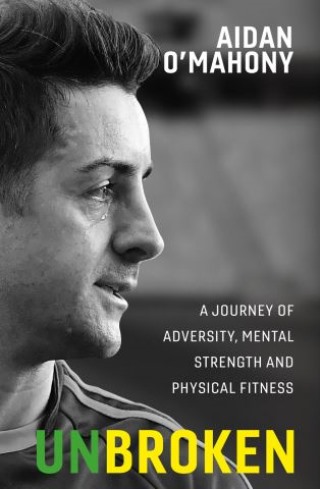 A journey of adversity, mental strength and physical fitness

Aidan O'Mahony was at peak physical fitness and making his mark on the Kerry Senior Football team when he made the devastating choice to walk away from it all.

Now, in his powerfully honest memoir, Aidan looks at the events leading up to this moment: the extreme pressure he put himself under as he strove for maximum physical strength, struggling with the asthma that had plagued him since childhood; the on-pitch altercation that took a toll on his mental health; the controversy over a failed drug test and the intense media scrutiny he found himself facing.

And he tells of how, in the weeks that followed him quitting the game, he made a decision which would ultimately change everything.

As Aidan began to discover who he was and what was important to him, he returned to football with the same dedication and commitment he'd always had - but with a new mindset. He went on to achieve Championship and personal highs including taking part in and winning RTE's Dancing with the Stars.

Unbroken is an account of the discipline it takes to be a part of one of the country's most successful Gaelic football teams. It is also a story of managing external and internal expectations and pressure, and of the importance of knowing when to ask for help.

Aidan O'Mahony: Aidan O'Mahony is a Kerry Gaelic football player who holds has won five All-Irelands, three NFL titles and ten Munster Championships. In the 2006 All Ireland Final against Mayo, Aidan was selected as RTÉ Man of the Match Award and he also won All Star Awards in 2006 and 2007. He announced his retirement from inter-county football in 2017 having made seventy championship appearances and featured in eight-five league games for Kerry. In March 2017, he won the first ever Dancing With The Stars Ireland with his dance partner Valaria Milova. Aidan is a passionate member of An Garda Siohcana. In 2018, Aidan tapped into his core interest and love of training and fitness and set up AOMFITNESS. He is married to Denise Healy and has two little girls, Lucia and Lilah.