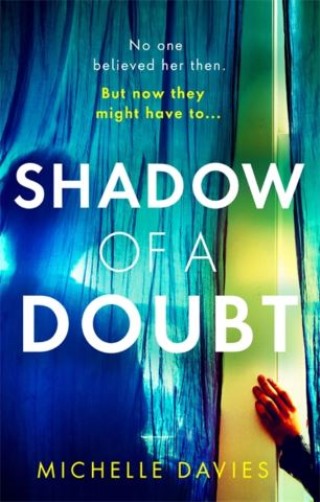 Shadow of a Doubt

'Pure suspense, where past and present collide with chilling results' Erin Kelly

Twenty-six years ago my brother was murdered in my family home.

I was sent to a psychiatric unit for killing him.

The whole world believed eight-year-old Cara killed her younger brother on that fateful night. But she blamed it on a paranormal entity she swears was haunting her house.

No one believed her and after two years of treatment in a psychiatric unit for delusional disorder, Cara was shunned by her remaining family and put into foster care.

Now she's being forced to return to the family home for the first time since her brother's death, but what if she's about to re-discover the evil that was lurking inside its walls?

Michelle Davies was born in Middlesex, raised in Buckinghamshire and now lives in north London.

When she's not turning her hand to crime, Michelle writes as a freelance journalist for women's magazines including Marie Claire, Essentials, YOU and Stylist. Her last staff job before going freelance was as Editor-at-Large at Grazia and she was previously Features Editor at heat. She began her career straight from school at 18, working as a trainee reporter on her home-town newspaper, the Bucks Free Press.