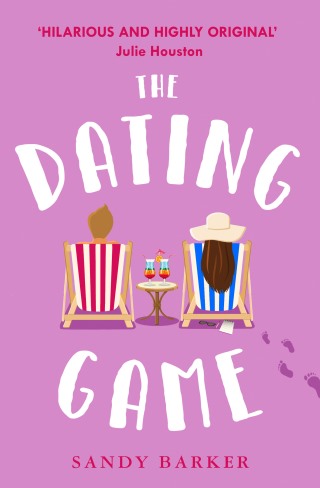 ‘THE romcom of the summer… charming, funny and the romance is such a compelling slow burn. I cannot recommend it enough’
⭐⭐⭐⭐⭐ Reader Review

Once upon a time, twelve women joined the hottest reality TV show looking for love. Except one had a secret identity…

Abby Jones is a serious writer. Or at least she will be, one day. Right now, she spends her time writing recaps of reality television under a secret identity.

When a recap for The Stag – the must-watch dating show – goes viral, her editor thinks she should be on set, writing the drama as it happens. The good news: the next season will be filmed in Sydney. Sun, sea and a glamorous trip abroad, this could be Abby’s big break.

The bad news: the producers don’t just want Abby to write the recaps, they want her to be on the show. Abby can’t think of anything worse than being undercover and followed around by cameras. But her career depends on it, and when she meets gorgeous producer Jack, Abby begins to wonder if this job might not be so bad after all…

‘Full of Sandy’s trademark warmth, wit and emotional angst… with heaps of friendship and female solidarity, as well as a hot love interest’ Nikki Moore

‘Trust me, you won’t want to miss this’ Katie Ginger

‘Original, witty and so much fun!’ Rachael Stewart

Sandy Barker is an Australian writer, traveller and hopeful romantic with a lengthy bucket list and a cheeky sense of humour.

Many of Sandy’s travel adventures have found homes in her writing, including her debut novel, a contemporary romance set in Greece, which was inspired by her true-life love story.