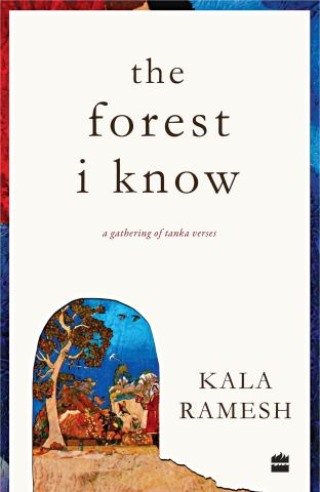 Tanka, a 1300-year-old, five-line lyrical form of poetry from Japan, was originally called 'waka', which translates as 'short song'. The Forest I Know, Kala Ramesh's first book in this genre, consists mainly of tanka, tanka prose and tanka doha. With stunningly bold and beautiful poems encompassing every facet of our day-to-day living, this book is at once ancient and modern, enduring and unforgettable - and is sure to resonate with the reader.

Kala Ramesh, the Founder and Director of TRIVENI Haikai India, is an editor, anthologist, and an external faculty member of Symbiosis International University Pune, where she has been teaching a 60-hour haikai course since 2012—a first in India. Kala has organized eight haikai conferences in India since 2006. To bring haiku into everyday spaces, she has initiated several projects, notably haikuWALL and haikuDHYANA. She created the ‘Rasika' form, an eight-verse renku (collaborative linked verses) fashioned after Matsuo Basho's non-thematic style in 2014. Her first award-winning haiku book for children was published by Katha Books in 2010. Her book of haiku and haibun Beyond the Horizon Beyond (Vishwakarma Publications) was shortlisted for the Rabindranath Tagore Literary Prize in 2019. The Forest I Know is published by HarperCollins Publishers, July 2021.