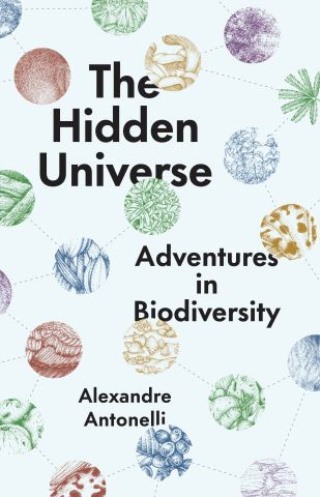 An unforgettable exploration of the natural world and the concept of biodiversity—what it is, why it matters, and how we as individuals can work to preserve it.

We are now living in an environmental emergency. As climate change, habitat loss, and other threats have placed almost one-fifth of all species on Earth at risk of extinction in the coming decades, a deeper understanding of biodiversity has never been more important. Biodiversity encompasses the rich variety of all life on Earth—the building blocks of life that provide invaluable sources of food, medicine, clothing, building materials, and more.

Marking the arrival of a bold new voice in popular science, The Hidden Universe shows readers what’s at stake in the fight to protect and restore biodiversity, but also what can and should be done now to protect our planet and ourselves for the future. As director of science at one of the world’s largest research organizations in plant and fungal sciences, Brazilian-born scientist Alexandre Antonelli is ideally suited to reveal the wonders of biodiversity at a genetic, species, and ecosystem level—what biodiversity is, how it works, and why it is the most important tool in our battle against climate change. Antonelli offers recommendations for large-scale political changes, as well as smaller, practical steps that readers can implement in their own lives and homes. With Antonelli as our guide, The Hidden Universe helps us imagine a future where biodiversity is not just preserved but cherished.

Alexandre Antonelli: Alexandre Antonelli is director of science of the Royal Botanic Gardens, Kew. A botanist by training, he is an award-winning professor of Biodiversity at the University of Gothenburg in Sweden, a visiting professor at the University of Oxford, founder of the Gothenburg Global Biodiversity Centre, and one of the world’s most cited scientists.