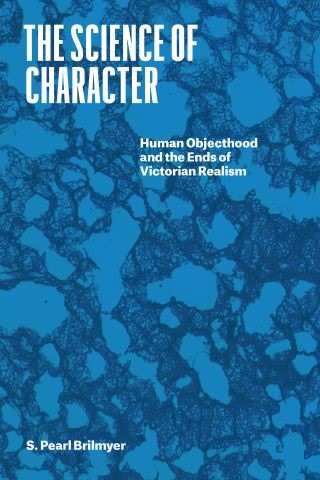 The Science of Character

Human Objecthood and the Ends of Victorian Realism

The Science of Character makes a bold new claim for the power of the literary by showing how Victorian novelists used fiction to theorize how character forms.

In 1843, the Victorian philosopher John Stuart Mill called for the establishment of a new science, “the science of the formation of character.” Although Mill’s proposal failed as scientific practice, S. Pearl Brilmyer maintains that it found its true home in realist fiction of the period, which employed the literary figure of character to investigate the nature of embodied experience. Bringing to life Mill’s unrealized dream of a science of character, novelists such as George Eliot, Thomas Hardy, and Olive Schreiner turned to narrative to explore how traits and behaviors in organisms emerge and develop, and how aesthetic features—shapes, colors, and gestures—come to take on cultural meaning through certain categories, such as race and sex. Engaged with materialist science and philosophy, these authors transformed character from the liberal notion of the inner truth of an individual into a materially determined figuration produced through shifts in the boundaries between the body’s inside and outside. In their hands, Brilmyer argues, literature became a science, not in the sense that its claims were falsifiable or even systematically articulated, but in its commitment to uncovering, through a fictional staging of realistic events, the laws governing physical and affective life. The Science of Character redraws late Victorian literary history to show how women and feminist novelists pushed realism to its aesthetic and philosophical limits in the crucial span between 1870 and 1920.