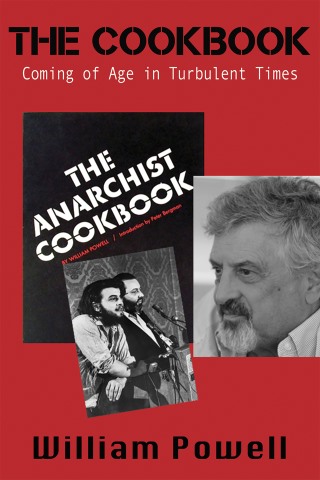 Coming of Age in Turbulent Times

William Powell wrote The Anarchist Cookbook in 1969 at the age of nineteen. It included everything from making bombs to brewing LSD in the bathroom. On publication, it was hailed variously as “outrageous,” “extremely dangerous,” “communist,” and “the most irresponsible publishing venture in American history.” It also became an overnight bestseller.Powell's memoir chronicles the atmosphere of the 1960's counterculture—the Civil Rights Movement was at its height and the federal government was engaged in a brutal and entirely unnecessary war in Southeast Asia. The zeitgeist was radicalization, and the watchword was revolution, and Powell left an enduring record of his thoughts and anger in the shape of The Anarchist Cookbook. The Cookbook: Coming of Age in Turbulent Times portrays Powell's rebellious adolescence, political radicalization, the publication of the book, the firestorm of controversy that followed, and how it shadowed his entire life. He explores his feelings and the lessons learned, and how he went on to help hundreds of children all over the world in education.

William Powell: William Powell was an American writer who wrote the incendiary manual The Anarchist Cookbook. Powell was later among those who called for the book to be withdrawn, but its publisher, which owned the copyright, refused. Powell earned a bachelor's from Windham College and a master's from Manhattanville College. He went on to a career in international teaching, focusing on students with learning disabilities and other special needs, and wrote co-wrote several books on education. He and his wife, Ochan Kusuma-Powell, founded the professional development organization Education Across Frontiers.