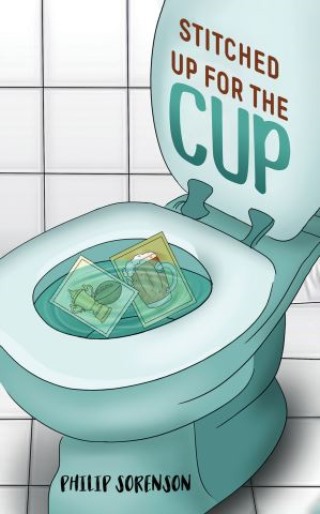 Stitched up for the Cup

Rugby World Cup Final; 2 November 1991
England 6 v 12 Australia
The emphasis is on how Australia’s star player, David Campese, goaded the English team in the media to play a different style of play to the more forward orientated style they were comfortable with and how this ‘stitched England up’.
As a backdrop to the story occurring on the pitch, another story unfolds before and after the match in the watering holes of Twickenham, as a contingent of local rugby fans also get ‘stitched up’, both alcoholically and in other ways, as things become very messy.
We also ramble off piste a little as we explore other aspects of rugby union such as the historical background to the rivalry of England and the Celtic and Gallic nations of the Five Nations (as it was then). We also take a humorous look at examples of the type of drunken escapades and amusing stories, in both junior and international rugby, that were rife in what was then an amateur game.