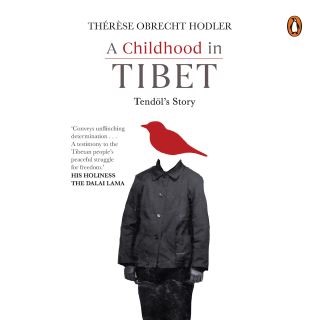 A Childhood in Tibet

Tendöl Namling turned 60 in March 2019. She was born at the time when the Dalai Lama fled from Lhasa and the uprising of his people by the Chinese People's Army was brutally suppressed. She has lived for 22 years under Chinese rule. As the daughter of a high government official, she underwent the ordeal of 're-education' with full force. All she has kept from these years are painful memories and some crumpled photographs. They show her with her friends and cousins in Lhasa, smiling as if nothing had happened. When Tendöl turned 10 her brother was arrested and her mother sentenced to ten years in prison. Tendöl was sent to work in road construction for several years. At the age of 20 she was allowed to start an apprenticeship as motor mechanic. Thanks to the efforts of her family in exile, Tendöl was able to leave Tibet in 1982. After twenty years of hardship she landed in prosperous Switzerland. It felt as if she had to start her life all over again. She struggled but she never gave up. She founded a family and a business and reconciled herself with the painful past.

In Tendöl's words, 'this little book is dedicated to all the Tibetans who continue to rebel against the Chinese occupation'.

Thérèse Obrecht Hodler: Thérèse Obrecht Hodler is a journalist. She holds a degree in History, Russian and Spanish from the University of Geneva. She worked for the daily newspapers «Le Journal de Genève» and «Le Nouveau Quotidien» as well as for the Swiss Television RTS in Geneva. From 1991 to 1997 she was RTS correspondent in Moscow, from 2000 to 2002 she headed the two public service radio stations in Kosovo for the Swiss Agency for Development and Cooperation (SDC) and the European Broadcasting Union. She is the author of a book on Russia (La loi du pouvoir, Ed. Autrement, 2006) and of numerous documentary films broadcast on Swiss television. For six years she was president of Reporters Without Borders Switzerland. Thérèse Obrecht Hodler is married, has two sons and lives in Bern and Geneva.