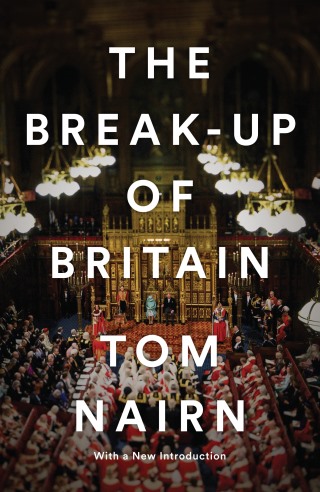 The Break-Up of Britain

The classic text, with a new introduction by Anthony Barnett

In this classic text, first published in 1977, Tom Nairn memorably depicts the “slow foundering” of the United Kingdom on the rocks of constitutional anachronism, its fall from empire and the gathering force of civic nationalism. Rich in comparisons between the nationalisms of the British Isles and those of the wider world, The Break-Up of Britain concludes by reflecting on the Janus-faced nature of national identity. Postscripts from the Thatcher and New Labour years trace the political strategies whose upshot accelerated the demise of a British order they were intended to serve.

Tom Nairn: Tom Nairn was born in Fife in 1932. A leading figure in the post-war New Left, he is generally acknowledged as the most influential Scottish intellectual of his generation. His other books include The Left Against Europe? and The Enchanted Glass: Britain and Its Monarchy.