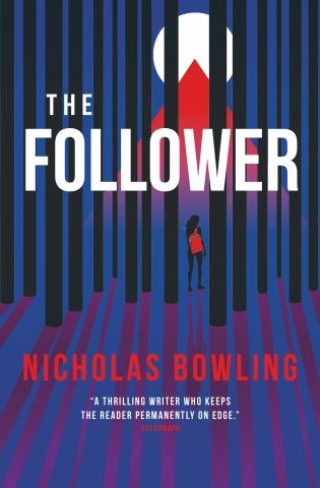 Twin Peaks meets Welcome to Night Vale in this surreal, supernatural thriller by a Costa-shortlisted author

When her twin brother goes missing in Northern California, Vivian Owens follows his trail to the town of Mount Hookey, home to the followers of Telos: a mountain-worshipping cult that offers spiritual fulfilment to those who seek it.

While trying to navigate the town’s bizarre inhabitants and the seductive preaching of the initiates of Telos, Vivian will have to confront
questions about herself, her family, and everything she thinks she knows about the world. She quickly realises that her search is about far more than her missing brother – it is a quest for the secret of happiness itself.

To that end, there is only one question she needs to answer: what is really at the top of Mount Hookey?

Nicholas Bowling: Nicholas Bowling is an author, musician, stand-up comic and Latin teacher from London. He graduated from Oxford University in 2007 with a BA in Classics and English, and again in 2010 with a Masters in Greek and Latin Language and Literature, before moving into teaching. He has also performed at the Edinburgh Fringe Festival and has recorded two albums and two EPs with Me For Queen.

His critically acclaimed debut WITCHBORN was published in 2017 by Chicken House, and was followed in 2019 by IN THE SHADOW OF HEROES, which was shortlisted for the Costa Children's Book Award. In 2020, Titan published ALPHA OMEGA, Nicholas’s first adult fiction novel, and it will be followed by the supernatural thriller THE FOLLOWER in 2021.