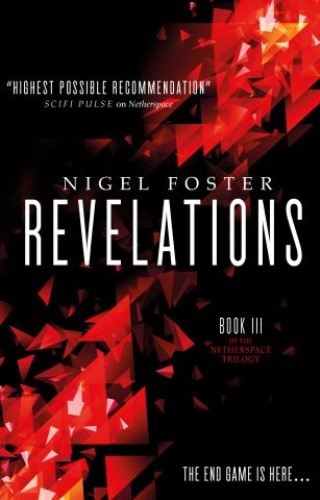 The epic SF trilogy concludes with a mind-blowing exploration of space as the truth of the Originators is revealed and the future of humanity is decided amongst the stars; a fate forged deep in the secret history of our past.

Pre-cog:
the ability to visualise a future outcome and how to achieve or avoid it. It is thought by some to be associated with quantum entanglement and possibility/probability fields.
Pre-cog based societies dislike any form of change. Their over-riding instinct is to control or destroy anything that affects the status quo.
This includes creativity in all its forms.

It wasn't much of an army to save Earth from alien, pre-cog domination. Only three people: an heiress, a sociopathic artist and their leader, a female licensed assassin. But time has run out. The artificial intelligences - alien artefacts - that run Earth and its colonies are going mad. Long held human grudges, suspicions and fears have erupted in violence throughout the world.

Earth's own pre-cogs have seen the trio victorious. . . maybe. For Kara Jones, the assassin, it is a time of chaos made worse by the absence of Tatia Nerein, the heiress now warrior who is following her own dangerous path across alien worlds, and Marc Keislack, who stepped into netherspace, the dimension that allows star travel. Kara searches for a way to snatch her people back from a hostile galaxy even as she is assailed by doubts. But loyalty is everything and she will sacrifice anything to find her comrades and complete a mission she barely understands.

And ultimately discover the truth about the aliens. . . a revelation no greater than the truth she learns about herself.

Nigel Foster: Nigel Foster began as an advertising copywriter, first in the UK and then North America. He moved on to television and radio factual programming before co-founding a successful movie magazine. Back in the UK highlights include developing and launching OK! Magazine; an international non-fiction best-seller about the Royal Marines Commandos; and six of the most popular Bluffer's Guides, world-wide.