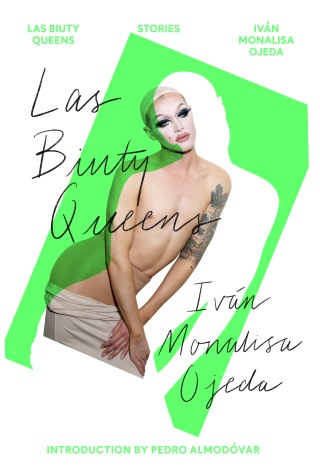 "A dazzling collection of stories based in part on his/her life... Readers will want to consume these bonbons slowly because they are so rich and delicious."
– Gay City News

"Chilean American writer Ojeda dazzles and devastates in this rich collection about a group of trans Latinx immigrants as they try to make it in New York City."
– Publishers Weekly

Drawing from his/her own experience as a trans performer, sex worker, and undocumented immigrant, Iván Monalisa Ojeda chronicles the lives of Latinx queer and trans immigrants in New York City. Whether she is struggling with addiction, clashing with law enforcement, or is being subjected to personal violence, each character choses her own path of defiance, often responding to her fate with with irreverent dark humor. What emerges is the portrait of a group of friends who express unquestioning solidarity and love for each other, and of an unfamiliar, glittering and violent, New York City that will draw readers in and swallow them whole.

On every page, Iván Monalisa's unique narrative talent is on display as he/she artfully transforms the language of the streets, making it his/her own -- rich with rhythm and debauchery. This bold new collection positions Ojeda as a fresh and necessary voice within the canon of world literature.

Iván Monalisa Ojeda: Iván Monalisa Ojeda was born in the late sixties in southern Chile and grew up on the shores of Lake Llanquihue. He/she studied theater at the University of Chile, in Santiago, and when he/she got his/her degree, Iván Monalisa settled in New York, where he/she currently lives. He/she published an essay collection, La Misma Nota, Forever (Sangria Publishers, 2014) and has written articles for magazines and plays. In addition to being a writer, he/she is a performer and is at work on a novel. Iván Monalisa's pronouns are he/she, his/hers, him/her because he/she considers him/herself to be both genders.