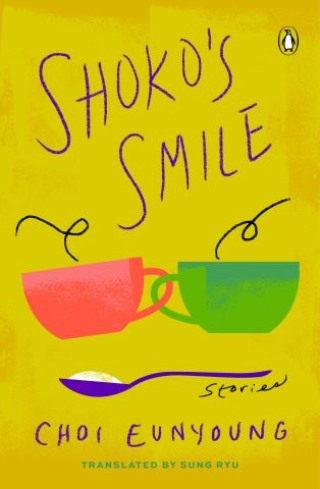 A bestselling and award-winning debut collection from one of South Korea's most prominent young writers.

In crisp, unembellished prose, Eun-young Choi paints intimate portraits of the lives of young women in South Korea, balancing the personal with the political. In the title story, a fraught friendship between an exchange student and her host sister follows them from adolescence to adulthood. In "A Song from Afar," a young woman grapples with the death of her lover, traveling to Russia to search for information about the deceased. In "Secret," the parents of a teacher killed in the Sewol ferry sinking hide the news of her death from her grandmother.
In the tradition of Sally Rooney, Banana Yoshimoto, and Marilynne Robinson--writers from different cultures who all take an unvarnished look at human relationships and the female experience--Choi Eunyoung is a writer to watch.

Choi Eunyoung: Choi Eunyoung is a South Korean writer acclaimed for her nuanced yet poignant stories about women, queer people, victims of state violence, and other marginalized voices. She is the author of the bestselling story collections Shoko's Smile and Someone Who Can't Hurt Me, which have sold over 200,000 copies and 150,000 copies respectively in Korea and is being translated into several languages. Since her literary debut in 2013, she has received numerous accolades, including the Munhakdongne Young Writers Award (2014, 2017, 2020), Heo Kyun Literary Award, Lee Haejo Literary Award, and Hankook Ilbo Literary Award. Both of her story collections were selected as the best fiction title of the year by 50 Korean writers (2016, 2018). She has also published a Korean-English bilingual edition of her novella The Summer and contributed to many anthologies.
Sung Ryu is a Korean-English translator who grew up in South Korea, the US, and Canada, her most recent home being Singapore. Her translations include Tower by Bae Myung-hoon (2021), I'm Waiting for You: And Other Stories by Kim Bo-Young (co-translated with Sophie Bowman, 2021), and the Korean edition of Grandma Moses: My Life's History by Anna Mary Robertson Moses (2017). She translated the Jeju myth "Segyeong Bonpuri" (Origins of the Harvest Deities) for her MA thesis.