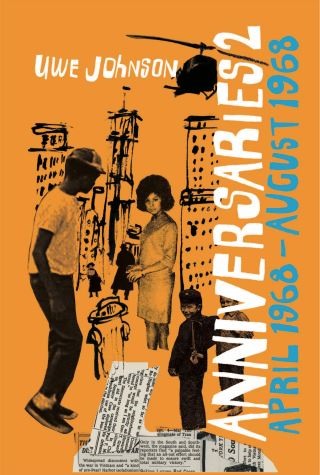 The second volume of a titanic masterpiece of twentieth-century literature, named one of the best books of 2019 by The New York Times critics.

Anniversaries, Volume 2 begins on April 20, 1968. Before long Marie will be devastated by the assassination of Robert F. Kennedy, even as the news of the Prague Spring has awakened Gesine’s long-dashed hopes that socialism could be a humanism. Meanwhile, her boss at the bank has his own ideas about Czechoslovakia, and Gesine faces the prospect of having to move there for work.

Continuing the story of her past from Anniversaries, Volume 1, Gesine describes the Soviet occupation of her hometown, Jerichow, where her father was installed as mayor and ended up in a brutal prison camp. Gesine herself charts a rebellious course through school, ever more bitterly conscious of the moral ugliness of life behind the Iron Curtain. As the year of the novel comes to its end, past and present converge and the novel circles back to its beginnings: Gesine tells Marie about her father, Jakob, dead before she was born, about leaving East Germany, and, as history threatens to take them away from New York, about the beginning of their life together in the city that they have both come to love.

Uwe Johnson: Uwe Johnson (1934–1984) grew up in the small town of Anklam, Germany. He lived in New York City from 1966 until 1968 with his wife and daughter. It was during that time that he began work on Anniversaries. He died in Sheerness-on-Sea, UK, shortly after Anniversaries was published, at age forty-nine.

Damion Searls is the author of The Philosophy of Translation. He has translated some forty books, including, for NYRB Classics, works by Patrick Modiano, Alfred Döblin, Nescio, and Robert Walser.