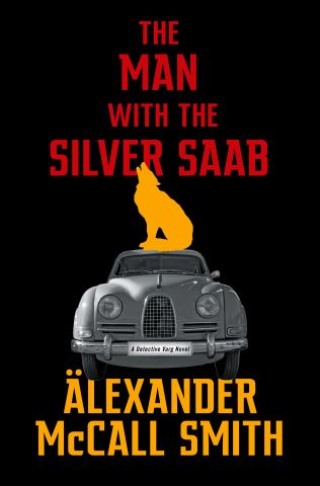 The Man with the Silver Saab

In the hilarious new novel in the best-selling Detective Varg series, an eminent art historian is framed and the ace investigators of the department of sensitive crimes are on the case.

Detective Ulf Varg is a man of refined tastes and quite familiar with the art scene in Malmö. So when art historian Anders Kindgren visits the Department of Sensitive Crimes to report a series of bizarre acts that have been committed against him, Ulf and his team swing into action. Fish stuffed into the vents of Kindgren’s car and a manipulated footnote in a recent publication would be cause enough for an investigation, but when a painting Kindgren had confidently appraised as genuine is later declared to be a fake, it’s clear that someone is out to tarnish his reputation.

Meanwhile, Ulf is also weathering personal issues, which quickly spiral out of control. When his lip-reading dog, Martin, engages in a contretemps with a squirrel that results in a grievous wound, Ulf must rush Martin to the veterinarian and weigh the merits of cosmetic surgery for animals. And later, when Martin’s blood is found in the back of Ulf’s classic Saab, Ulf finds himself the subject of a departmental investigation.

In the end, Ulf will have to muster all his detective skills and bureaucratic cunning to restore Kindgren’s reputation—as well as his own.

Alexander McCall Smith: ALEXANDER McCALL SMITH is the author of The No. 1 Ladies' Detective Agency novels and of a number of other series and stand-alone books. His works have been translated into more than forty languages and have been best sellers throughout the world. He lives in Scotland.