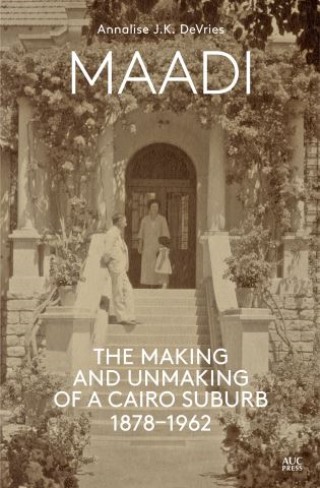 A fresh perspective on the global economic influences that shaped modern Egypt through the history of an affluent Cairo suburb, Maadi

In the early years of the twentieth century, a group of Egypt’s real-estate and transportation moguls embarked on the creation of a new residential establishment south of Cairo. The development was to epitomize the latest in community planning, merging attributes of town and country to create an idyllic domestic retreat just a short train ride away from the busy city center. They called the new community Maadi, after the ancient village that had long stood on the eastern bank of the Nile.

Over the fifty years that followed, this new, modern Maadi would be associated with what many believed to be the best of modern Egypt: spacious villas, lush gardens, popular athleticism, and, most of all, profitability. Maadi: The Making and Unmaking of a Cairo Suburb, 1878–1962 explores Maadi's foundation and development, identifying how foreign economic privileges were integral to fashioning its idyllic qualities. While Maadi became home to influential Egyptians, including nationalists and royalty, it always remained exclusive—too exclusive to appeal to the growing number of lower-income Egyptians making homes in the capital. Annalise DeVries shows how Maadi’s history offers a fresh perspective on the global economic influences that shaped modern Egyptian history, as they helped configure not only the country’s politics but also the social and cultural practices of the well-to-do.

Ultimately the means of Maadi’s appeal also paved the path for its undoing. When foreign tax and legal privileges were abolished, Maadi, too, became untethered from a vision for Egypt’s future and instead appeared more and more as a figure of the country’s past.

Annalise J.K. DeVries: Annalise J.K. DeVries is an assistant professor of world history at Samford University in Birmingham, Alabama. Her scholarship explores the impact of global influences on modern Egyptian history with particular attention to spatial analysis, economic networks, and women’s and gender history. She has previously worked as a writer and editor, giving her an added interest in how digital storytelling can connect humanities scholarship to broader, public audiences.