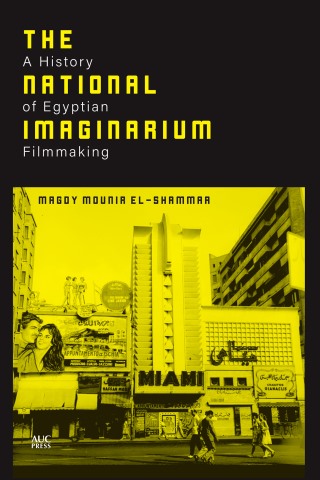 A History of Egyptian Filmmaking

A cultural, social, and economic history of Egyptian cinema of the twentieth century

Spanning a century of Egyptian filmmaking, this work weaves together culture, history, politics, and economics to form a narrative of how Egyptian national identity came to be constructed and reconstructed over time on film. It goes beyond the films themselves to explore the processes of filmmaking—the artists that made it possible, the institutional networks, structures, and rules that bound them together, the changing social and political environment in which the films were produced, and the role of the state. In peeling back the curtain to reveal the complexities behind the screen, Magdy El-Shammaa shows cinema as at once both a reflection and a producer of larger cultural imaginings of the nation.


The National Imaginarium provides an in-depth description of the films discussed. It explores the construction of a populist consciousness that permeated and transcended class structures at mid-century in Egypt, and how this subsequently came undone in the face of the bewildering social, economic, and political transformations that the country underwent in the decades that followed. More than similar treatments of the topic, this book draws on theoretical ideas from outside the immediate discipline of Film Studies, including investigations into the materiality and colonial foundations of cosmopolitanism, the stakes and aesthetics of realism, policy shifts around women’s rights, transnational economic contexts, and the broader history of the country and region, including insightful snapshots of everyday life.