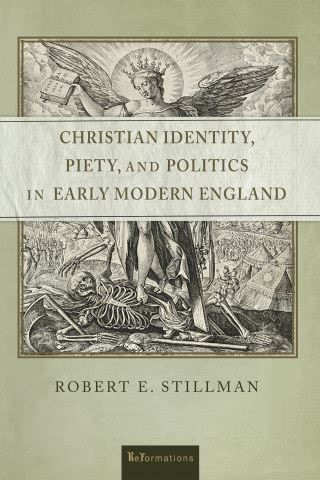 This book challenges the adequacy of identifying religious identity with confessional identity.

The Reformation complicated the issue of religious identity, especially among Christians for whom confessional violence at home and religious wars on the continent had made the darkness of confessionalization visible. Robert E. Stillman explores the identity of “Christians without names,” as well as their agency as cultural actors in order to recover their consequence for early modern religious, political, and poetic history.

Stillman argues that questions of religious identity have dominated historical and literary studies of the early modern period for over a decade. But his aim is not to resolve the controversies about early modern religious identity by negotiating new definitions of English Protestants, Catholics, or “moderate” and “radical” Puritans. Instead, he provides an understanding of the culture that produced such a heterogeneous range of believers by attending to particular figures, such as Antonio del Corro, John Harington, Henry Constable, and Aemilia Lanyer, who defined their pious identity by refusing to assume a partisan label for themselves. All of the figures in this study attempted as Christians to situate themselves beyond, between, or against particular confessions for reasons that both foreground pious motivations and inspire critical scrutiny. The desire to move beyond confessions enabled the birth of new political rhetorics promising inclusivity for the full range of England’s Christians and gained special prominence in the pursuit of a still-imaginary Great Britain. Christian Identity, Piety, and Politics in Early Modern England is a book that early modern literary scholars need to read. It will also interest students and scholars of history and religion.

Robert E. Stillman is professor of English at the University of Tennessee, Knoxville. He is author and editor of a number of books, including Philip Sidney and the Poetics of Renaissance Cosmopolitanism.