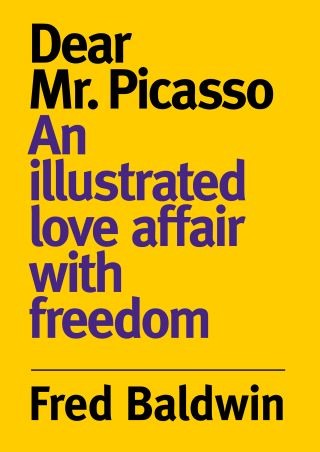 An Illustrated love affair with freedom

A photographic memoir of photographer and FotoFest photo festival founder Fred Baldwin’s extraordinary life: how he followed his dream, used his imagination, overcame fear, and acted to accomplish anything.

This account takes the reader to high adventure worldwide, but also to disaster and failure. This illustrated love affair with freedom shows how a camera became a passport to the world. The son of an American diplomat, who died when Baldwin was five, the book describes a string of disasters associated with six elite boarding schools and one university led to his exile to work in a factory where he joined low-paid black and white workers in his uncle’s factory in Savannah, Georgia. Baldwin escaped by joining the Marines and was immediately shipped to North Korea in 1950. Wounded and decorated twice, Baldwin also learned from the brutal, 35 below zero weather at the Chosin Reservoir where his unit was surrounded and outnumbered by the Chinese. After Korea, Baldwin moved to Paris, then returned to a junior college in Georgia, won a scholarship to Harvard and transferred to Columbia. Baldwin taught himself photography by visiting MoMa and every photo gallery in New York. Baldwin wanted to be a photojournalist.

“I discovered the Civil Rights Movement by chance as I was walking the streets of Savannah planning a book on the city’s architecture. I met change marching toward me in the form of Benjamin Van Clark, a seventeen-year-old student leading his troops chanting into battle. The deep rumblings of the Civil Rights Movement in Georgia and elsewhere somehow had never reached me in Europe. As I wrote, ‘the polar bears I was photographing in the Arctic didn’t tell me about what was happening with Black folks in the South. They were just too white.’”

The stories in this book are often laced with self-deprecating humour, a mechanism that Baldwin had developed early as a survival tool.

Since 1983 Baldwin has been serving as Chairman of FotoFest (Houston), which he co-founded with Wendy Watriss and Petra Benteler. In 2008 Freedom’s March on the Civil Right’s Movement was published in conjunction with an exhibit of his photographs taken in 1963-1964, at the Telfair Museum of Art in Savannah, Georgia. In 2009 Looking at the US 1957-1986 was published by Mets & Schilt Publishers, Amsterdam, in conjunction with Wendy Watriss and with an exhibit of their collaborative work at Le Musée de la Photographie, Charleroi, Belgium. In 2013 The Center for Photography at Woodstock awarded Fred Baldwin and Wendy Watriss the Lifetime achievement Award for their work in photography.