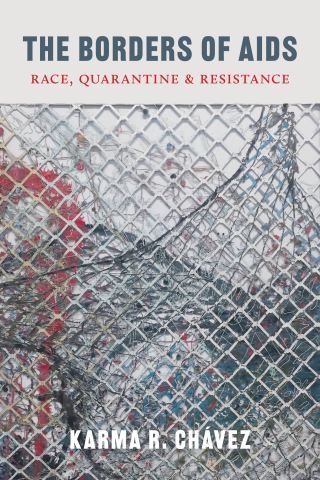 The Borders of AIDS

As soon as US media and politicians became aware of AIDS in the early 1980s, fingers were pointed not only at the gay community but also at other countries and migrant communities, particularly Haitians, as responsible for spreading the virus. Evangelical leaders, public health officials, and the Reagan administration quickly capitalized on widespread fear of the new disease to call for quarantines, immigration bans, and deportations, scapegoating and blaming HIV-positive migrants—even as the rest of the world regarded the US as the primary exporter of the virus.

In The Borders of AIDS, Karma Chávez demonstrates how such calls proliferated and how failure to impose a quarantine for HIV-positive citizens morphed into the successful enactment of a complete ban on the regularization of HIV-positive migrants—which lasted more than twenty years. News reports, congressional records, and AIDS activist archives reveal how queer groups and migrant communities built fragile coalitions to fight against the alienation of themselves and others, asserting their capacity for resistance and resiliency. Building on existing histories of HIV/AIDS, public health, citizenship, and immigration, Chávez establishes how politicians and public health officials treated different communities with HIV/AIDS and highlights the work these communities did to resist alienation.

Karma R. Chávez is associate professor at the University of Texas at Austin and author of Queer Migration Politics: Activist Rhetoric and Coalitional Possibilities.