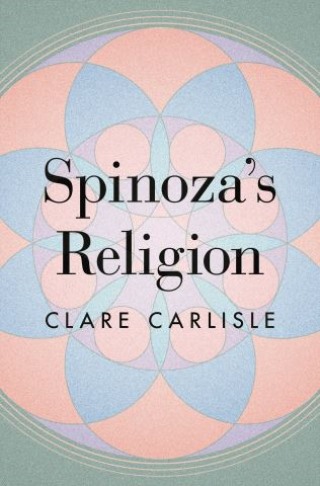 A New Reading of the Ethics

A bold reevaluation of Spinoza that reveals his powerful, inclusive vision of religion for the modern age

Spinoza is widely regarded as either a God-forsaking atheist or a God-intoxicated pantheist, but Clare Carlisle says that he was neither. In Spinoza’s Religion, she sets out a bold interpretation of Spinoza through a lucid new reading of his masterpiece, the Ethics. Putting the question of religion centre-stage but refusing to convert Spinozism to Christianity, Carlisle reveals that “being in God” unites Spinoza’s metaphysics and ethics. Spinoza’s Religion unfolds a powerful, inclusive philosophical vision for the modern age—one that is grounded in a profound questioning of how to live a joyful, fully human life.

Like Spinoza himself, the Ethics doesn’t fit into any ready-made religious category. But Carlisle shows how it wrestles with the question of religion in strikingly original ways, responding both critically and constructively to the diverse, broadly Christian context in which Spinoza lived and worked. Philosophy itself, as Spinoza practiced it, became a spiritual endeavor that expressed his devotion to a truthful, virtuous way of life. Offering startling new insights into Spinoza’s famously enigmatic ideas about eternal life and the intellectual love of God, Carlisle uncovers a Spinozist religion that integrates self-knowledge, desire, practice, and embodied ethical life to reach toward our “highest happiness”—to rest in God.

Seen through Carlisle’s eyes, the Ethics prompts us to rethink not only Spinoza but also religion itself.

Clare Carlisle: Clare Carlisle is Professor of Philosophy at King’s College London, and the author of six previous books, including Philosopher of the Heart: The Restless Life of Søren Kierkegaard. She is also the editor of George Eliot’s translation of Spinoza’s Ethics (Princeton). She grew up in Manchester and lives in London.