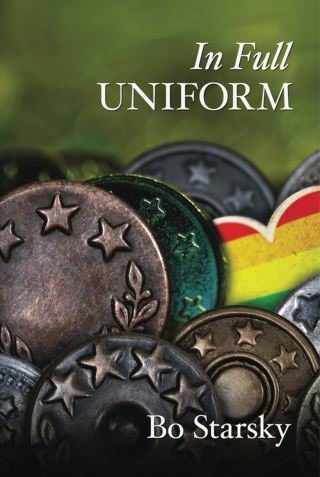 Four tales about falling for a man in uniform.

Huan is a hopeless romantic living in Seattle. Arthur's a soldier shipping out to Iraq. Something sparks when their paths cross...
Being a British police officer is all Eli's ever known, then he meets Gloria Hole, a drag queen who's an expert at turning heads and causing trouble...
There's not much night life in Ezra's quaint hometown, there is the prim bookstore owner Vincent, who Ezra's determined to woo with book titles...
It's 1976 and Dov indulges once a year behind a gay bar across town. Then Detective Charles Blasted Coleman catches him in the act...

For four men and the men in uniform with whom they fall in love, what may seem the end of everything, turns out to be only the beginning.