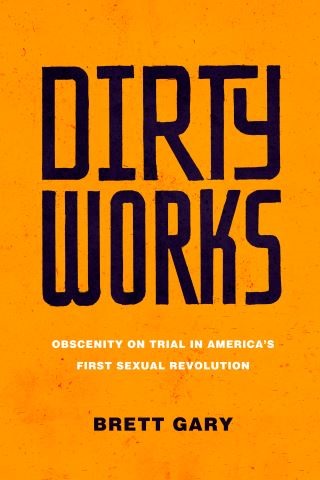 At the turn of the twentieth century, the United States was experiencing an awakening. Victorian-era morality was being challenged by the introduction of sexual modernism and women's rights into popular culture, the arts, and science. Set during this first sexual revolution, when civil libertarian-minded lawyers overthrew the yoke of obscenity laws, Dirty Works focuses on a series of significant courtroom cases that were all represented by the same lawyer: Morris L. Ernst.

Ernst's clients included a who's who of European and American literati and sexual activists, among them Margaret Sanger, James Joyce, and Alfred Kinsey. They, along with a colorful cast of burlesque-theater owners and bookstore clerks, had run afoul of stiff obscenity laws, and became actors in Ernst's legal theater that ultimately forced the law to recognize people's right to freely consume media. In this book, Brett Gary recovers the critically neglected Ernst as the most important legal defender of literary expression and reproductive rights by the mid-twentieth century. Each chapter centers on one or more key trials from Ernst's remarkable career battling censorship and obscenity laws, using them to tell a broader story of cultural changes and conflicts around sex, morality, and free speech ideals.

Dirty Works sets the stage, legally and culturally, for the sexual revolution of the 1960s and beyond. In the latter half of the century, the courts had a powerful body of precedents, many owing to Ernst's courtroom successes, that recognized adult interests in sexuality, women's needs for reproductive control, and the legitimacy of sexual inquiry. The legacy of this important, but largely unrecognized, moment in American history must be reckoned with in our contentious present, as many of the issues Ernst and his colleagues defended are still under attack eight decades later.

Brett Gary: Brett Gary is a cultural historian and Associate Professor in the Department of Media, Culture, and Communication at New York University. Gary is the author of The Nervous Liberals: Propaganda Anxieties from World War I to the Cold War (Columbia University Press). He is a recipient of NYU's Distinguished Teaching Award, and the Steinhardt School's Teaching Excellence Award. His teaching and research interests include American cultural, legal, and political history, film and history, Hollywood film and masculinity, and censorship in American culture.