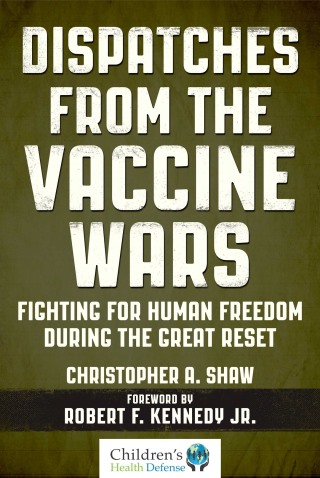 Dispatches from the Vaccine Wars

Fighting for Human Freedom During the Great Reset

Enter the trenches of the bloodiest battles you've never heard of: the Vaccine Wars.

Professor Christopher A Shaw discovered, after a deep-dive literature search on aluminum impacts on humans and animals, that aluminum hydroxide, an adjuvant in the anthrax vaccine, had a significantly negative impact on motor functions and reflexes of patients in the literature. After that finding, he did what scientists are supposed to do and kept following the leads. However, organizations like WHO dismissed him immediately. Those powerful organizations either knew what he knew, that aluminum vaccine adjuvants were harmful, or they simply didn’t care. In either case, two possible reasons for the lack of response became clear to Shaw and his colleagues: dogma and money. The first had served to convince most of the world’s medical professionals that Shaw had to be wrong because, after all, “the science was settled.” And, behind much of this was the naked fact of how much money vaccines brought in to cover the pharmaceutical industry’s profit margin. The combination of those two have the finger prints of various Big Pharma companies smudged all over the question of vaccine safety, which included the demonization of both scientists and lay scholars who raised even the tamest questions about safety and the push for vaccine mandates around the world. After these events, Shaw decided to dig deeper.

Dispatches from the Vaccine Wars is a comprehensive look at the origin of vaccination and the oversight of vaccines by various regulatory bodies in the United States and in Canada. The book provides not only the official view on vaccines safety and efficacy, but also provides a critical analysis on which such views are based. Aluminum and other compounds that may contribute to autism spectrum disorder are discussed at length. Professor Shaw also analyzes the corporate influences driving vaccine uptake worldwide and provides an in depth look at the push for mandatory vaccination. Dispatches from the Vaccine Wars evaluates the extent to which vaccinology has become a cult religion driving attempts to suppress divergent scientific opinions. Finally, the book delves into the COVID-19 pandemic and what it means for the future of us all.

Christopher A. Shaw: Christopher A. Shaw is a full professor whose research focusses on ALS as well as neurotoxicity of aluminum from various sources, particularly in the form of vaccine adjuvants. He is the author of over 150 peer-reviewed papers, as well as numerous book chapters and reviews. He has five children, three of whom live with him in Victoria, British Columbia.