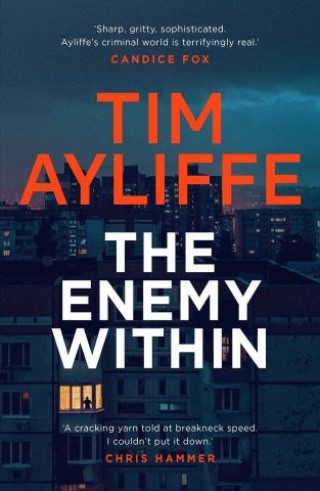 Like Michael Connelly’s Bosch, former war correspondent John Bailey will risk everything to get to the truth – and expose a deadly enemy.

He heard a voice, someone calling out in the distance, followed by a loud fluttering of birds. Bailey looked up just in time to see a body falling from the sky ...

Investigative journalist John Bailey is doing his best to turn his life around after losing the woman he loved. He has a new job. He’s given up the drink. He even has a dog.

But then Federal Police raid his home with a warrant granting them unprecedented powers to take anything they want, including all his electronic devices and passwords. When Bailey protests, they threaten to put him in a prison cell.

Someone wants to stop Bailey doing what he does best – exposing the truth. He has been investigating the rise of a global white supremacist group and suspects that a notorious neo-Nazi in the United States has been directing deadly racist attacks on Sydney’s streets.

When the body of one of his key sources washes up on a nearby beach, it’s clear Bailey and anyone helping him have become targets. Bailey reaches out to a ruthless old friend – CIA veteran, Ronnie Johnson – to lure the enemy from the shadows.

An enemy who thought they were untouchable. Until now …

'A cracking yarn told at breakneck speed. I couldn't put it down.' Chris Hammer

Praise for State of Fear

‘Another brilliantly crafted thriller from Ayliffe that fits perfectly in today’s worrying world … Verdict: Get this guy on TV.’ Herald Sun

‘Sharp, incisive and scarily prescient, I was hooked from the first chapter to the final page.’ Sara Foster, bestselling author of The Hidden Hours

‘Utterly compelling and terrifyingly timely. I could not put it down.’  Pip Drysdale, bestselling author of The Sunday Girl

‘As a correspondent, I lived this world. Tim Ayliffe has written it.’ Stan Grant, writer and broadcaster

Praise for The Greater Good

‘An absolute cracker of a thriller.’ Chris Uhlmann

Tim Ayliffe:
Tim Ayliffe has been a journalist for more than 20 years and is the Managing Editor of Television and Video for ABC News and the former Executive Producer of News Breakfast. He has travelled widely and before joining the ABC he worked in London for British Sky News. A few years ago he turned his hand to writing global crime thrillers featuring former foreign correspondent John Bailey. He is the author of The Greater Good, State of Fear and The Enemy Within. When he's not writing or chasing news stories Tim rides bikes and surfs. He lives in Sydney.