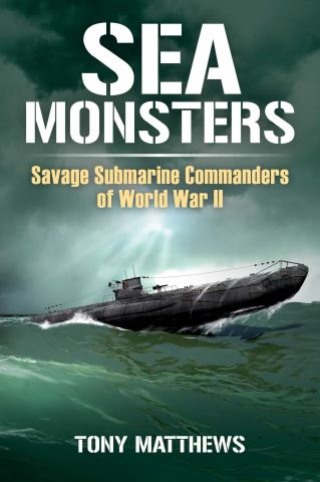 The true story of a deeply murderous intent that lurked menacingly beneath the waves during World War Two. The torpedoes strike explosively and nine thousand people die — five thousand of them are just defenceless children. Another ship founders after being attacked by a brutal submarine commander and the ship’s crew and passengers are used in a murderous kind of blood-sport. Merchant seamen are savagely machine-gunned in the water, callously slaughtered with hand-grenades or simply left to the circling sharks. And hundreds of doctors, nurses, ship’s crew, ambulance drivers and hospital orderlies are viciously killed without compassion, despite being protected by the Geneva Convention.

From the heart-rending account of the sinking of the German liner Wilhelm Gustloff in 1945 — the worst maritime disaster in world history — through to a variety of other brutal actions carried out by numerous submarine commanders, including the sinking of the hospital ship Centaur in 1943, this book comes from the deep shadows of a tragic past. It reveals the terrible truth of a secretive war that was responsible for the deaths of unimaginable numbers of innocent people.

Tony Matthews:
Tony Matthews is a Welsh-Australian author and historian who had dedicated almost his entire adult life to writing Australian and world history. He writes extensively on military and espionage history with a specific emphasis on both world wars. He is the author of more than thirty books including several historical novels.