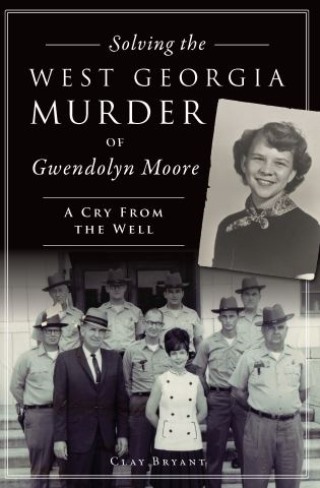 A Cry From the Well

On a sultry August morning in 1970, the battered body of a young woman was hoisted from a dry well just outside Hogansville, Georgia. Author and investigator Clay Bryant was there, witnessing the macabre scene. Then fifteen, Bryant was tagging along with his father, Buddy Bryant, Hogansville chief of police. The victim, Gwendolyn Moore, had been in a violent marriage. That was no secret. But her husband had connections to a political machine that held sway over the Troup County Sheriff's Office overseeing the case. To the dismay and bafflement of many, no charges were brought. That is, until Bryant followed his father's footsteps into law enforcement and a voice cried out from the well three decades later.

Clay Bryant: Lewis Clayton (Clay) Bryant was born and raised in Troup County, Georgia and began his career in law enforcement in 1973 as a radio operator with the Georgia State Patrol. In 1976, at the age of twenty-one, he became the youngest trooper on the Georgia State Patrol. In 1980 he became police chief of Hogansville, Georgia, and stayed in that position for twelve years until resigning in 1992 and going into the private sector. He has been recognized as the most prolific cold case investigator in the United States for single-event homicides. Bryant resides in LaGrange and currently serves as an investigator for the Georgia Public Defender Standards Council.His cases have been chronicled on48 Hours Investigates, Bill Curtis's Cold Case Files, Discovery ID Murder Bookand a featured article in theAtlanta Journal Constitution, as well as articles in many local and regional newspapers.