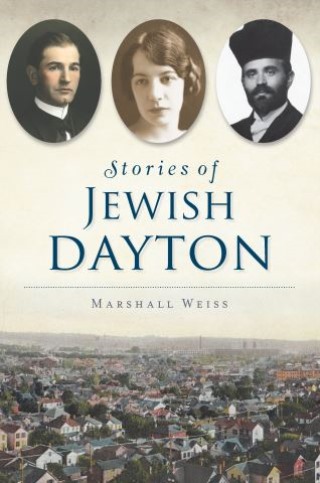 Many stories of Jewish Dayton's past have faded over time. Others, painful to recall, may have been intentionally buried. All are sure to surprise new generations. The Jews of Dayton drank wine during Prohibition, debated Zionism, fought the Klan and joined the battle for civil rights in the trenches. Balancing tradition and modernity across eras, they navigated the American dream and faced challenges often strikingly similar to those we face today. Marshall Weiss--founding editor and publisher of the Dayton Jewish Observer and project director of Miami Valley Jewish Genealogy & History--reaches back nearly two centuries to unearth forgotten episodes of Jewish life in Ohio's Miami Valley.

Marshall Weiss: Marshall Weiss is editor and publisher of the Dayton Jewish Observer, which he established for the Jewish Federation of Greater Dayton in 1996. The author of Jewish Community of Dayton (Arcadia Publishing, 2018), he is project director of Miami Valley, Ohio Jewish Genealogy & History, also through Dayton's Jewish Federation. A past president of the American Jewish Press Association, he is a founder of the Jewish Scholastic Press Association and the International Jewish Media Forum. In 2017, he was awarded Religion News Association's first-place honor for Excellence in Religion Reporting at Small Newspapers. He received his master's degree in journalism from Temple University and his bachelor's degree in philosophy and English from Albright College.