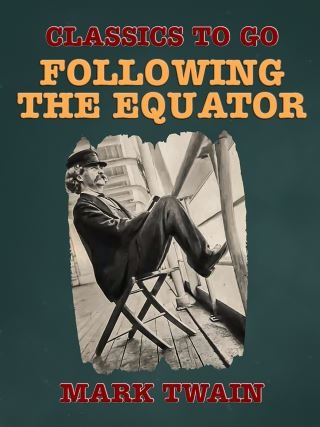 Following the Equator (sometimes titled More Tramps Abroad) is a non-fiction social commentary in the form of a travelogue published by Mark Twain in 1897. Throughout the novel, Twain uses the opportunity of visiting the various locations on his tour to espouse "perceptive descriptions and discussions of people, climate, flora and fauna, indigenous cultures, religion, customs, politics, food, and many other topics". The novel contains a significant amount of social commentary, although much of it is done in a satirical manner.