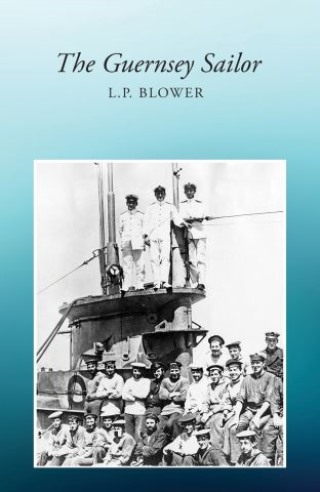 1910: three friends set off on an adventure to gather gulls eggs from the cliffs of Guernsey. There is a fatal accident, the blame for which falls on the young George Torode.
A few years later, at the outbreak of World War One, George joins the Royal Navy. On completion of his course, he is drafted to HMS E11, part of the Navy’s embryonic submarine service.
The story follows George and his comrades and their contribution towards the doomed Gallipoli Campaign. George comes face to face with an old friend from Guernsey, a meeting that is to have grave consequences.
The reader is taken on a nightmare voyage beneath the surface, through minefields and under the constant threat of the Turkish gun batteries, to finally reach the Sea of Marmara where E11 attacks the Turkish capital of Constantinople and sinks a merchant ship.
A thrilling roller-coaster ride of comradeship, love, and betrayal during the perilous endeavours of war.

L.P. Blower: L.P. Blower grew up in West Sussex and joined the Royal Navy in 1961, where he spent 25 years in conventional submarines during the Cold War era, retiring in 1986.
Now an OAP, he enjoys writing for pleasure, walking the South Downs, and birdwatching near his home, which he shares with his partner.