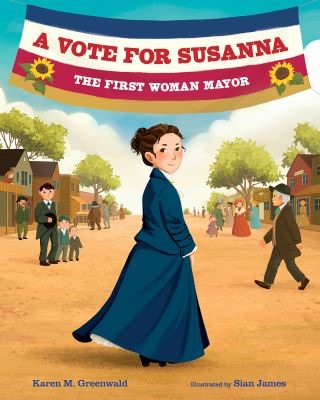 A Vote for Susanna

In 1887, the state of Kansas gave women the right to vote in municipal elections. But some men in the city of Argonia, Kansas didn’t think women should have a say in choosing their next mayor, so they put a woman on the ballot—as a joke. That woman was Susanna Salter—and soon the men would find the joke was on them! Narrated by a grandmother who remembered what happened on that election day, this is the true story of a woman who stood up for her right to vote and accomplished so much more.

Karen M. Greenwald worked as a policy analyst for a presidential campaign, founded a brand strategy consulting firm, and wrote articles that appeared in print, online, and in The Washington Post before turning to children's books.