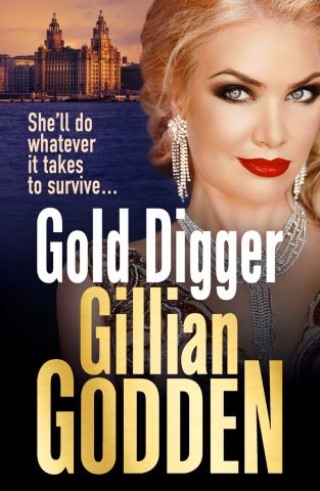 A gritty gangland thriller that will have you hooked in 2021

Money talks…
And blonde bombshell Julie isn't afraid to ask for what she wants. With her mother locked up for murder, all Julie cares about is protecting her younger sister, Frankie. But penniless and alone on the streets of Liverpool, Julie realises that there’s only one sure fire way to make cash fast – the oldest trade.

The men mean nothing to Julie, until she meets Ralph Goldstein, an ex-con who’ll do whatever it takes to make his way to top. And the only man Julie can trust.

Separately, Ralph and Julie’s lives are filled with risk and danger. But when they meet, their blend of personality and ambition could be the best thing that ever happened … or the worst.

Will their pasts be their downfall, or will they make it big...together?A brilliantly dark and gritty story about one woman's fight for survival. Perfect for fans of Kimberley Chambers, Caz Finlay and Heather Atkinson. This book was previously published as Gold.

Gillian Godden is a brilliantly reviewed writer of gangland fiction as well as a full-time
NHS Key Worker in Hull. She lived in London for over thirty years, where she
sets her thrillers, and during this time worked in various stripper pubs and venues
which have inspired her stories. She has signed a six-book contract with Boldwood
for a new series. In addition, Boldwood will be reissuing her five backlist titles.