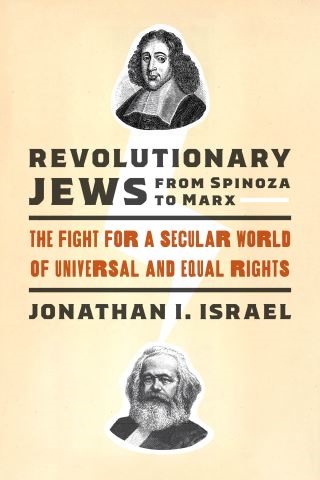 Revolutionary Jews from Spinoza to Marx

The Fight for a Secular World of Universal and Equal Rights

In the eighteenth and early nineteenth centuries a small but conspicuous fringe of the Jewish population became the world’s most resolute, intellectually driven, and philosophical revolutionaries, among them the pre-Marxist Karl Marx. Yet the roots of their alienation from existing society and determination to change it extend back to the very heart of the Enlightenment, when Spinoza and other philosophers living in a rigid, hierarchical society colored by a deeply hostile theology first developed a modern revolutionary consciousness.

Leading intellectual historian Jonathan Israel shows how the radical ideas in the early Marx’s writings were influenced by this legacy, which, he argues, must be understood as part of the Radical Enlightenment. He traces the rise of a Jewish revolutionary tendency demanding social equality and universal human rights throughout the Western world. Israel considers how these writers understood Jewish marginalization and ghettoization and the edifice of superstition, prejudice, and ignorance that sustained them. He investigates how the quest for Jewish emancipation led these thinkers to formulate sweeping theories of social and legal reform that paved the way for revolutionary actions that helped change the world from 1789 onward—but hardly as they intended.

Jonathan Israel is professor emeritus in the School of Historical Studies at the Institute for Advanced Study, Princeton. His many books include European Jewry in the Age of Mercantilism, 1550–1750 and Radical Enlightenment: Philosophy and the Making of Modernity, 1650–1750.