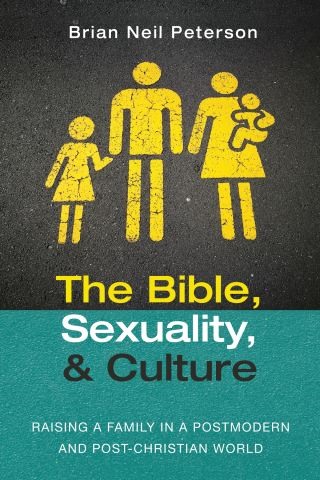 The Bible, Sexuality, and Culture

Raising a Family in a Postmodern and Post-Christian World

We are living in a rapidly changing culture. Since the 1960s, the changes in our sexual ethics have become increasingly problematic. How are people--especially Evangelicals and other conservative Christians--supposed to respond? Does the Bible address these seismic changes? How is a believer supposed to raise a family in the cultural chaos of the twenty-first century? If you have asked any of these questions before, then this book is for you. Peterson argues forcefully that the changes in our culture are a direct result of a postmodern and post-Christian cultural rejection of the mandates established by God in the opening two chapters of Genesis. The reason Western culture is imploding morally is directly connected to the Enemy's undoing of each of the Genesis mandates established by God for human and cultural flourishing. With Western culture's rejection or undoing of every one of God's mandates in Genesis, is there any hope for the survival of once-thriving Judeo-Christian cultures? Peterson tackles these and many other issues in a forthright and unreserved manner. This book is not for the faint of heart. It is a call for a return to cultural sanity rooted in the fear of God and his Word.

Brian Neil Peterson: Brian Neil Peterson is Associate Professor of Old Testament and Hebrew at Lee University in Cleveland, Tennessee. He has authored a number of peer-reviewed articles and books including Ezekiel in Context (2012), The Authors of the Deuteronomistic History (2014), John's Use of Ezekiel (2015), What Was the Sin of Sodom? (2016), and Genesis as Torah (2018). He has also co-authored an OT survey titled, Voice, Word, and Spirit: A Pentecostal Survey of the Old Testament (2017).