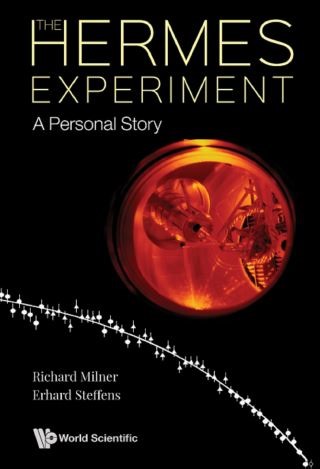 Hermes Experiment, The: A Personal Story

This book describes the story of how a collaboration of several hundred physicists from Europe and North America formed in 1988 to design, construct, install, commission and operate, for the years 1995-2007 the technically innovative HERMES experiment at the DESY laboratory in Hamburg, Germany to study the spin structure of the fundamental structure of matter. The authors begin by introducing the fascinating world of subatomic physics and relate their personal story of how the HERMES experiment came about. Guided by the exciting idea to use a new type of target internal to an electron storage ring, the HERMES collaboration was born to realize this innovative experimental approach at the new HERA accelerator at DESY. The book describes the technical design of HERMES; the successful effort to secure the necessary funds to construct the experiment in different countries; the fabrication of the different components by the different HERMES institutes; and the story of the installation and commissioning of HERMES in the East Hall of HERA in the hot summer of 1995. Until 2007, when the operation of HERA ceased, the collider ran typically about 9 months per year continuously, during which HERMES data taking shifts were manned to ensure that data of the highest quality were acquired. The book describes the HERMES scientific results, their considerable impact, how HERMES shaped an entire generation of young people into scientific leaders, and ends with a description of the twenty-first century picture of the proton that has subsequently been developed.The authors played a leading role within the HERMES collaboration. They describe, using non-technical language, the various phases of the thirteen years of running, the social life in such an international collaboration, and their personal reminiscences over several decades.