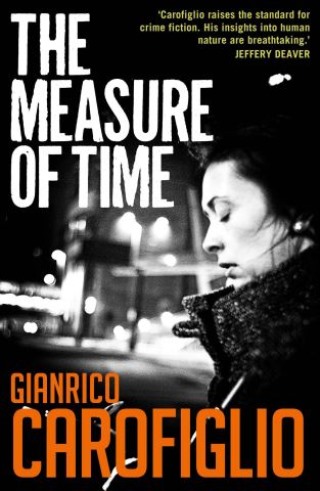 The Measure of Time

"Mr. Carofiglio, drawing on his own professional background, excels at describing everyday legal proceedings in ways that transfix the reader." Wall Street Journal -------One spring afternoon, defence attorney Guerrieri is confronted with an unexpected spectre from his past. In her youth, Lorenza had been a beautiful and unpredictable girl with dazzling charm. A changed woman faces him in his office that day. The ensuing years have ravaged her appearance and embittered her mind. As if that weren’t enough, her son Jacopo, a small-time delinquent, stands convicted of the first-degree murder of a local drug dealer. Her trial lawyer has died, so, for the appeal, she turns to Guerrieri as her last hope. Guido is not convinced of the innocence of Lorenza’s son, nor does he have fond memories of the way their relationship ended two decades earlier. Nevertheless, he accepts the case; perhaps to pay a melancholy homage to the ghosts of his youth. His old friend Carmelo Tancredi, a retired police inspector, and his girlfriend, the charming investigator Annapaola Doria are once again by his side. A masterful, compassionate novel, striking a balance between a straightforward trial story –some say the purest distillation of human experience – and the sad notes of time as it passes and exhausts itself.

Gianrico Carofiglio: Gianrico Carofiglio is now a full-time novelist. He was previously a member of the Senate in Italy and before that, an anti-Mafia prosecutor in Bari, a port on the coast of Puglia. He has been involved with trials concerning corruption, organized crime and the traffic in human beings. He is a best-selling author of crime novels, literary fiction and recently authored a graphic novel illustrated by his brother.